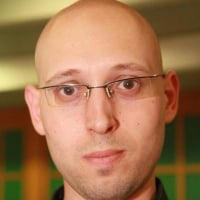 Roey Posts: 160 XPRIZE
July 2020 in Recommended Reading
I'm not sure there is much that's new here. If I'm not mistaken, this result has been demonstrated before in lab animals.
What do you think?

The link to the original paper

The press release from the University of California, Berkeley:

In 2005, University of California, Berkeley, researchers made the surprising discovery that making conjoined twins out of young and old mice — such that they share blood and organs — can rejuvenate tissues and reverse the signs of aging in the old mice. The finding sparked a flurry of research into whether a youngster’s blood might contain special proteins or molecules that could serve as a “fountain of youth” for mice and humans alike.

But a new study by the same team shows that similar age-reversing effects can be achieved by simply diluting the blood plasma of old mice — no young blood needed.

In the study, the team found that replacing half of the blood plasma of old mice with a mixture of saline and albumin — where the albumin simply replaces protein that was lost when the original blood plasma was removed — has the same or stronger rejuvenation effects on the brain, liver and muscle than pairing with young mice or young blood exchange. Performing the same procedure on young mice had no detrimental effects on their health.

This discovery shifts the dominant model of rejuvenation away from young blood and toward the benefits of removing age-elevated, and potentially harmful, factors in old blood.

“There are two main interpretations of our original experiments: The first is that, in the mouse joining experiments, rejuvenation was due to young blood and young proteins or factors that become diminished with aging, but an equally possible alternative is that, with age, you have an elevation of certain proteins in the blood that become detrimental, and these were removed or neutralized by the young partners,” said Irina Conboy, a professor of bioengineering at UC Berkeley who is the first author of the 2005 mouse-joining paper and senior author of the new study . “As our science shows, the second interpretation turns out to be correct. Young blood or factors are not needed for the rejuvenating effect; dilution of old blood is sufficient.”

In humans, the composition of blood plasma can be altered in a clinical procedure called therapeutic plasma exchange, or plasmapheresis, which is currently FDA-approved in the U.S. for treating a variety of autoimmune diseases. The research team is currently finalizing clinical trials to determine if a modified plasma exchange in humans could be used to improve the overall health of older people and to treat age-associated diseases that include muscle wasting, neuro-degeneration, Type 2 diabetes and immune deregulation.

“I think it will take some time for people to really give up the idea that that young plasma contains rejuvenation molecules, or silver bullets, for aging,” said Dobri Kiprov, a medical director of Apheresis Care Group and a co-author of the paper. “I hope our results open the door for further research into using plasma exchange — not just for aging, but also for immunomodulation.”