Infrastructure to balance floods and droughts 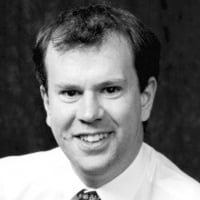 
The smart thinkers here might see opportunities to build infrastructure that deals with both - an integrated ("joined up thinking") approach.

In many places today vast areas of land allow water to run off [too rapidly], flood farms and urban areas, and then disappear into the sea - a lose-lose scenario. Little of the rainfall is captured and used as an annual store, for when the droughts strike.

So can we do better? Can we slow the rate at which water runs off the land, store water effectively and efficiently, and access that store when it is needed. Can we buffer the water resources to smooth out the peaks and troughs between flood and drought?

Here's one of my contributions...

In the following set of water and irrigation innovations is the outline for an innovative approach to water management infrastructure. Set in an agricultural environment, infrastructure is put in place to collect water during times of heavy rainfall and reuse (or recycle) that water back onto the fields when periods of low rainfall or drought strike. This prevents a significant cause of flooding and makes farming hydro-dynamically sustainable. It also means that farms do not put a drain on natural aquifers, which are often used to provide water for the local population. In short, a win-win scenario. Note that innovative methods of construction are proposed to radically drive down capital costs. Also, no additional land is required to store the water as the infrastructure is below the soil.