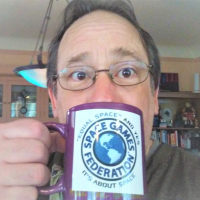 marz62 Seattle, WAPosts: 122 ✭✭✭
September 2019 edited September 2019 in Health
In our quest for longevity -- a quest related to our grander and so far unattainable quest for immortality -- it may be rather disconcerting to learn that certain types of cancer cells have cracked the 'immortality code' and have been attaining cell lineage 'immortality' for thousands of years, maybe longer.

(Definition) Muller's ratchet: the progressive accumulation of deleterious (gene) mutations that produces a parallel decline in genetic fitness (of a cell). This mutation accumulation and loss of fitness has been observed predominantly in asexual (and single cell) organisms; organisms that reproduce sexually (i.e, through recombination) are able to avoid passing along this accumulated damage, for a time. The term 'Muller's ratchet' is generally used to describe any progressive accumulation of mutations in an organism's genome. [note: malignant cancer cells reproduce clonally but manage to avoid 'deleterious' mutations, through several chemical and molecular mechanisms.]

Some facts about healthy cells and cancer cells:

For a cell to become cancerous it must acquire what are known as driver mutations in key genes that confer both growth and immortality.

A normal/healthy cell -- one with no or few deleterious mutations -- probably has an upper limit * as to the number of cell divisions it can undergo. When such a normal cell achieves this upper limit -- known generally as the 'Hayflick limit' -- it enters a state known as senescence in which, though still living, no longer divides; that cell's particular lineage is essentially terminated and the cell will eventually die. Although some researchers have reported findings that challenge this proliferation limit, it is generally recognized that a normal/healthy cell has a limitation in the number of cell divisions it can undergo and remain viable.

It used to be thought that cancer cells grew faster than normal cells. However, some twenty years ago, it was found that cancer cells do not in fact grow faster than healthy or normal cells. Rather, they simply do not stop growing (i.e., dividing). Left to their own devices and strategies for survival -- and without random lethal assaults (e.g., excess UV radiation) or therapeutic interventions (which carry the risk of promoting the selection of more aggressive subclones) -- many cancer cell lineages will continue to divide and proliferate until their host entity (you and me) dies. But some cancers -- transmissible cancers -- may divide ad infinitum. These types of cancers (i.e., the cells that constitute them) are essentially 'immortal'.

This remarkable fact of cancer cells has found recent confirmation through evolutionary-genetic analysis of Canine Transmissible Venereal Tumor (CTVT) cells by Baez-Ortega et al (1) who found that a single mutated cell (arising in a 'founder dog') -- identified by it's unique driver mutation profile -- has spread through sexual transmission by wild and domestic dogs for over 6000 years. This analysis shows that "there is no inherent limit on the number of mammalian cell divisions". (2)

Despite its success as a 'clonal organism' (i.e., a transmissible cancer existing for over six millennia), CTVT shows signs that it too may be declining in fitness; the CTVT analysis by Baez-Ortega et al) shows little evidence for on-going, positive selection (of its mutated driver genes) and only weak negative selection of its known, essential function genes...meaning that the lineage is expected to accumulate deleterious mutations ala Muller's ratchet.

Yes, even a cancer cell's genome can destabilize from too many mutations.

*Genetic researchers Tomasetti and Vogelstein (2015) have demonstrated through repeated statistical analysis that even when controlling for familial history of cancer and carcinogenic environmental factors, a person still has a 35% (average) chance of developing cancer due to the random mutations -- about 8 per cell division -- that occur naturally in any cell. This may be the basis of Muller' ratchet.

Some Crucial Questions ~ Towards a Possible XPrize

'The key to longevity may be the avoidance of declining fitness caused by the accumulation of deleterious genes, a problem known as Muller's ratchet.' (2)

Is it possible then for our cells to avoid both cell senescence (a stoppage of cellular division) AND also Muller's ratchet?

Can we harness, exclusively, the driver mutations that confer 'cellular immortality' (and continuous growth) in transmissible cancers without also triggering a normal cell's transformation into a cancer cell?

If so, can we scale-up these gene drivers to the multi-cellular level -- the level of metacellular organisms like mice and humans?

Can it thus be shown that attaining multi-cellular (whole organism) immortality is correlated with (or congruent to) longevity via avoiding declining fitness (a 'stalling' of aging)? [Note: this question addresses Breakthrough #6, 'Aging Delayed']

Can it be demonstrate this attainment in a concordant animal model -- achieving a suspension of senescence and a preservation of genetic fitness (an avoidance of Muller's ratchet)?

In reference to Novel Idea # 1 - 'FOREVER YOUNG' (noted in the Future of Longevity Impact Roadmap, 'XPrize Workshop') can a cellular intervention/treatment be developed -- based on the driver gene/mutation concept -- that will rejuvenate recipients by 5 to 10 years or more?

Concluding Thoughts on a Plausible XPrize

It is the opinion of this author that the foregoing questions (and other related ones not asked here) could form the solid basis of an XPrize Longevity Challenge.

Obviously, clear benchmarks (e.g., estimated number of years gained, how this gain will be measured, etc.) must be agreed to and achieved in the experimental population / cohort utilized. Such a challenge would be undertaken by qualified teams of bio-medical researchers, scientist, and engineers.

Early stages of the XPrize could be

2) the demonstration of an 'anti-Muller's ratchet' effect in an appropriate (concordant) animal model (ideally, in a primate, though this may involve experimental animal ethics issues). [note: this stage would address Breakthrough # 5, The Age-Reversed Animal]

Ultimately, the definitive proof of such a treatment must be demonstrated in a humans population (i.e., a population with a minimum age, defined health status, and agreed to biomarkers).

An XPrize of this magnitude and import would also required signed releases and/or waivers by all participating subjects.

A successful XPrize submission addressing such a fundamental human longing would merit an award of several million, perhaps 5 to 10 million dollars, or more.