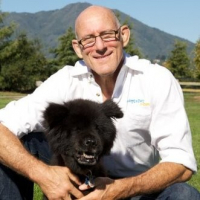 David_Meyer Posts: 7 ✭✭
June 2019 in Innovations
Most of the world lives in cities, and that trend is growing. So if buildings had more roof top gardens, or even multi level buildings entirely devoted to indoor agriculture, this would reduce food transportation costs and the associated environmental footprint of transport. It would also eliminate pest issues, and allow for near total capture and reuse of water. It also mitigates the effects of extreme weather, but has its own energy costs (mitigated by solar power). It could also serve as a center for the community to better understand their own food production.

This food could be directly fed to people, taking the inefficient animal out of the equation. This shift to less animal products would allow more of the fields currently in use to raise feed for animals to be freed for other production, or to be returned to their more natural state which would be a plus for the overall environment. Ruminants could naturally repopulate these areas as needed (as the bison roamed free in years passed).
1