Food security, agricultural systems and impacts on conflict and migration 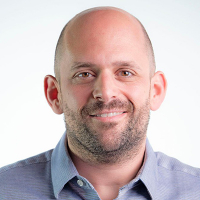 timsilman Los Angeles, CAPosts: 58 XPRIZE
February 2019 edited February 2019 in Challenges
I posted some thoughts on the issue of food security and migration in a different discussion but I wanted to start a separate thread to discuss the issue at a broader level.

My earlier comments referenced the impact of drought (driven by climate change) and the resulting impact on agriculture in Syria being a driver of the civil war in that region. (Underlying research on it is here).

I'm curious if the community can weigh in on two things:
1) what are some other examples of agricultural disruptions driving migration and/or conflict?
2) what are regions that may be particularly susceptible to this phenomenon in the future? hypothetically I could imagine Kashmir as one region if it is faced with a major disruption to farming patterns and systems (such as extreme weather events), given the history of conflict there and ongoing tension and the high proportion of Jammu and Kashmir residents who are involved in agricultural activities (I saw 80% as a quoted figure during some scanning).

on the latter point, it is possible that the causality could go both ways - in the Kashmir example, i assumed changes to agricultural systems would beget conflict; the reverse could also be true.

curious about other examples, as well as the potential scope of the problem (which might be the biggest issue of all)
0