I think that for both the minimal requirements and the scoring system there should be a criterion addressing the production of enough corals to sustainably restore a hectare of reef per unit time. In other words, the restoration of one hectare in one week should not be a one-time accomplishment, but something that can be repeated again and again. The limiting factor is likely to be the rate at which corals can be farmed for outplanting. Whether the necessary throughput is achieved from sexual or asexual reproduction techniques, or a mix of both, is finally irrelevant. The minimal requirement could be that enough corals to cover a hectare of reef are to be produced every month. Higher scores would be awarded to teams that achieve a higher output. 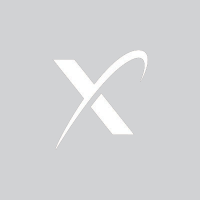 It is very difficult to arrive at a common set of requirements that will provide an even playing field for asexual/fragment-based and sexual/larval based approaches. The former has the advantage of larger size and, hence, measurable % cover over the course of a few year project, but provides zero new genetic individuals to a population. The latter has the advantage of providing vast numbers of new genetic individuals to a population (and the opportunity for in situ selection to identify the best performing ones), but it is unlikely for this approach to yield measurable % cover in 2-3 years. So for this reason, any % cover criterion will vastly discourage larval approaches. Some sort of colony density criterion would come closer to providing the potential for even playing field for propagules that initiate the project at sizes that are ~ 2 orders of magnitude different (i.e. 10 cm fragments vs. 200 micron larvae). But it should also be carefully considered if a minimum number of genetic individuals (or genotypic diversity) should be required. Is one ha of 50% coral cover of a single genetic individual (or 2 or 5) acceptable?
There is also the question of what does ‘restore in a week’ mean . . . it seems that this sort of criterion is only addressing innovation in the deployment/outplanting step. How long and what are the costs of producing the coral material you would be restoring with? Presumably it should be cultured or produced de novo (not directly moved or transplanted from a nearby healthy coral population). So additional specifications/requirements are needed to delineate (and probably to challenge) the provenance of the restoration materials (i.e. coral). For asexual propagation approach, there is a fragmenting and grow-out period. For the sexual/larval approach there are seasonal constraints on when larvae are available (spawning seasons) and these can vary geographically. Theoretically, one could produce the restoration material de novo via larval propatation in 2-3 weeks (if it is the right 2-3 weeks), but I think it would take substantially longer than that for asexual propagation de novo (unless you are going to just move the material from one reef to another). So the provenance of the restoration material needs to be addressed in the prize requirements.
There is another dichotomy that is challenging in defining and pursuing this prize – that between the Caribbean and Indo-Pacific basins, In fact there are VERY FEW reefs in the Caribbean region which retain as much as 50% coral cover (e.g., Literally less than 10 sites out of >700 surveyed by the AGGRA program up to 2018; GRRA. 2018. Atlantic and Gulf Rapid Reef Assessment (AGRRA): An online database of AGRRA coral reef survey data. Available: http://agrra.org. (Accessed: Date [e.g., Dec 20, 2018]). There are many fewer coral species (and hence morphological forms) to work with in the Caribbean and other ecological differences that would seem to put Caribbean reefs at a disadvantage (see Roff, G., & Mumby, P. J. (2012). Global disparity in the resilience of coral reefs. Trends in ecology & evolution, 27(7), 404-413.). So potentially different criteria should be considered for Caribbean implementation (or some sort of handicap/bonus).
Do the three species need to be equally represented (perhaps unrealistic given differential growth rate)? But also want more than token representation. Consider 60% representation by one species, and 20% by each of the other two.