What is the ROI of staying alive?

We have enough nuclear weapons to turn the entire planet into a wasteland.

In fact, there are many other catastrophic risks. Data from: https://en.wikipedia.org/wiki/Global_catastrophic_risk 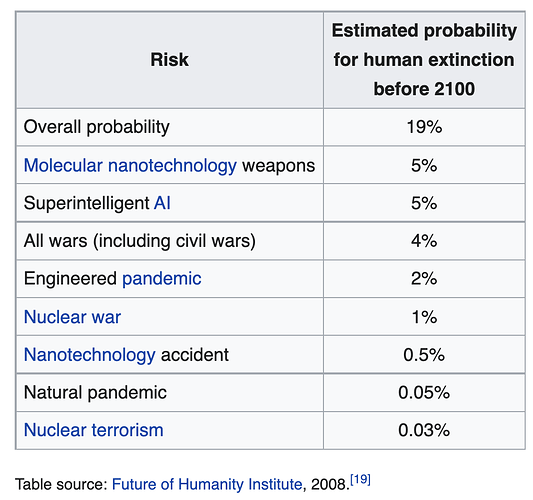 How do we measure progress using metric other than GDP?

GDP is uncool, because old dying people are good for GDP.

Additiction is good for GDP.

Private prison system with forced labour is good for GDP.

QUESTION: how do we add new dimensions of value?

Since we have 3 dimensions, we can as well operate on all 17… (UN SDG)

I genuinely do not know how to do it at scale… Self-assessment and network of validators? Using blockchain tokenomics we can embed incentives so it pays off to play fair and report genuine values + incentivize those who verify.