Let us kindly further this discussion by adding more on the #global-visioneering:barriers faced in African Space Tourism.

Let us kindly further this discussion by adding more on the #global-visioneering:barriers faced in African Space Tourism.

To colonize space, start closer to Earth
Give respect where it deserves.
Advocates expect humans to adapt as they have in the past. President of the Mars Society Robert Zubrin compares settling Mars to settling the Earth’s Northern Hemisphere: “We evolved in Kenya. Winters would have killed an unshielded human in a single night.” 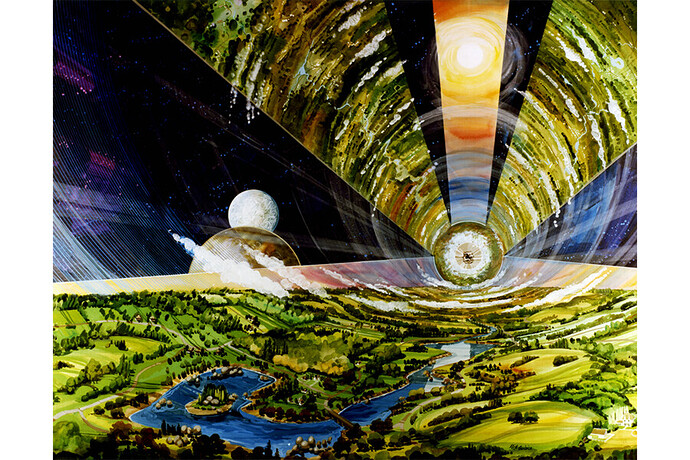 Space X's Martian ambitions are making people think seriously about colonizing space. But the Red Planet may not be the best place to start the first space settlement.

Hi @mashizaq admittedly I know very little about this topic but I sure find it very interesting!

With the creation of a multilateral African Space Agency being planned for 2023, I think my question is in order to better understand how to start breaking down the social, economic, political, technological, etc. barriers to kickstart such an industry for Space Tourism for Africa, in your opinion will it be more efficient to focus on those types of barriers at a country-level (i.e. identify the best African country that can focus on finding ways to build a space tourism program for their nation), or keep the focus on building up cooperation at a continent/multi-government level?

@JessicaYoon This is definitely a very interesting topic worth focusing on.

Honestly, despite the creation of [quote=“JessicaYoon, post:4, topic:2547”]
a multilateral African Space Agency being planned for 2023
[/quote] not so many African countries have embraced the idea of a Space economy and the few that have a Space presence seem to be engaged in a race to see which country stands out of the crowd and becomes the front-runner even as we hope to have an African Space Agency.

With this in mind, I can honestly say that despite how nice it would be to focus on [quote=“JessicaYoon, post:4, topic:2547”]
kickstarting such an industry for Space Tourism for Africa[/quote], this would only end up escalating the Space race and might only end up favouring one of the front-runner countries. However, if focus remained only on one nation, I feel that this counry would definitely benefit a lot from this, of course as the pilot country. Once we have an African Space Agency, the same concept can be expanded to have an entire African view.

As stated in my introduction on Space Tourism I honestly feel that this should be a Kenyan concept. This is because of the Equitorial Range https://youtu.be/fwXSQTDL3ZU and of course as highlighted by Andy Weir in his book ‘Artemis ’, “One of the biggest impediments to the commercial space industry right now isn’t technology, its policy, I’ve listened to the things that commercial space companies have said and the consistent thing that pretty much everybody says is, it is such a pain in the ass to deal with the policies. That’s always their biggest problem. Kenya, however, doesn’t really have such rules, which could make it the perfect place to base an enormously expensive lunar-launch facility ”.

If you ask how this will be implemented, Kenya has a 5-year Strategic Plan for a Space economy https://africanews.space/highlights-of-the-launch-of-kenya-space-agency-strategic-plan-2020-2025/, She is a member of the MVA PESC https://youtu.be/6ZhBjogZ5VM and the presence of a Mars Society http://kenya.marssociety.org/. All these coupled with Kenya’s Tourism market https://www.responsibletravel.com/holidays/kenya/travel-guide/kenya-responsible-tourism-issues will definitely set the pace for what an ideal African Space Tourism should look like.

During the creation of the Mars Society Kenya, I talked with Madam Nora Hovee, (Chapter Program Coordinator at Mars Society) https://www.linkedin.com/in/nora-hovee-a65906137/ who expressed her concerns on how Kenya would surely benefit if and only if the Society manages to attain its goals to thrive and survive unlike other African countries she had witnessed. In her words she says, “Many African countries thrive in corruption and politics. Caution should be taken not to engage in politics or make the Society a political vehicle. Some African countries have tried starting a Mars Society but it did’nt go well because they engaged in petty politics. If you keep away from politics and ensures that Mars Society Kenya thrives and survives, we can surely have an African HABITAT in Kenya, which will facilitate the continent’s preparedness as part of the citizens’ arrival, survival and be able to thrive on MARS”.

This is the sole purpose of the MDRS by the Mars Society Kenya, which can be incorporated as a Space Tourism destination. Other features can include the Luigi Broglio Space Center (San Marco), which is where the Kenya Space Agency stands and a Space Museum.

All we have to do is start. Whatever the base will be for the pilot face, this will be appreciated. We will definitely see to it that the project thrives and survives as we journey to Mars together.

Just as the early days of aviation saw a great diversity of approach to designing, manufacturing and proving new airplane technology, there is a similar pattern of letting the marketplace decide what works or does not work and, to an extent, what is safe and not safe. The range of approaches that are being taken is staggering:

The manuscript on SPACE BOOT CAMP is now available in the IAF (International Astronautical Federation) website.

The Paper proposes the Future State of the Space economy in Kenya and a clear ROADMAP on how the country can set foot on MARS.

Telescopes are expensive to construct but its much easier to convert an existing facility like telecom dishes which are no longer used because of fiber optics. With the arrival of fiber optics we no longer rely on satellite communication that much to transmit signals

The construction of a huge radio telescope in South Africa is giving a boost to the science and space industries in Kenya.  The country’s top space physicist says telecommunication companies are leasing out their now-obsolete satellite dishes...

The Global Exploration Roadmap reflects international efforts to define a sustainable pathway for human exploration of the Solar System, with Mars as the horizon goal. International cooperation will not only enable these challenging missions, but also increase the probability of their success.

Increasingly, space agencies are engaged in dialogue with private sector entities that are beginning to move forward with plans to invest in projects in and beyond low Earth orbit. For such private sector efforts to succeed, they need the certainty of a long-term governmental commitment to space exploration, the continued opportunity to introduce ideas into government thinking, and supportive national business environments.