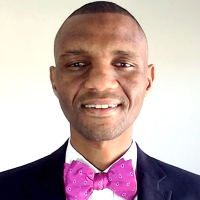 1. Space Affairs Council of South Africa (SACSA).
2. South African Interplanetary Society formed in 1953.
3. South African Rocket Research Group (SARRG) of 1959.
4. The Astronomical Society of Southern Africa enthusiastically participated in NASA‟s Project Moonwatch, which ran from 1957-1967.
5. NASA also established its Deep Space Network Station 51 at Hartebeeshoek with a 26- metre dish in 1961.
6. The South African Government paid licence fees to the Israelis for all the Shavit technology in the 1980s and renamed it RSA-3.
7. The RSA-3/ Shavit had a mass of 23 tonnes, with the capability to launch a 330 kg satellite into a 212x 460 km orbit at a 41° inclination.
8. As this was an ICBM program under the apartheid government, the political pressure from the US government spelt an end to it.
9. Over ZAR five billion was spent, equivalent in 2010 purchasing power to perhaps fifty billion rands.
10. Nevertheless, this space launcher programme did leave a heritage of considerable physical space infrastructure.

In the immediate future, South Africa‟s most-effective strategy for assured access to space will be to invite Antrix, SpaceX, Relativity, LauncherOne, Rocket Lab and other foreign commercial space launchers to tender for launch services.