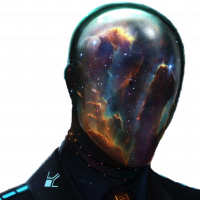 
2. “Liquid carbon dioxide” from “ground catchers” and “high-altitude catchers” is combined and transported by pipe or tanker to temporary storage.

3. Temporary storage facilities are located in places where it is possible to get "clean energy" - use geothermal energy sources, water movement or others.

4. Geothermal energy is used to create an artificial system for the circulation of liquid carbon dioxide (or steam) by heating / cooling, pressure, changing the volume of communicating vessels. Artificial fluid motion rotates the turbine and generate electricity. Electricity can be generated by a hydroelectric plant or any other “clean energy” source.

5. Having generated enough energy to evaporate and work, the plasma is irradiated, liquid carbon dioxide is directed into the chamber to form gas from liquid. Ligiud CO2, heated to high temperatures by geothermal energy, can be directly removed from the circulation system for evaporation in order to save energy.

6. Carbon dioxide enters the gyrotron discharge plasma irradiator. After irradiation by the gyrotron discharge plasma, the gas decomposes. The gas decomposition in the experiments was more than 30 percent with the process energy efficiency at 10 percent. In the long term, efficiency can be improved. In this case, the gas does not need to be heated to ultra-high temperatures and it is not required to create a reduced pressure using vacuum equipment as before. It uses radiation at a frequency comparable to that used in a microwave oven. After decomposition, carbon monoxide (CO), oxygen (O2), argon are formed.

7. After decomposition, carbon monoxide (CO), oxygen (O2), argon are formed. Oxygen is released into the atmosphere. Carbon monoxide can be reused, for example, it can be burned for energy. It can be used in metallurgical processes, and various organic molecules, including liquid fuel, can be synthesized from it.
0