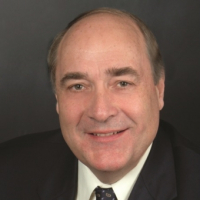 Schoemaker Senior FellowPosts: 1 ✭
August 2020 in Recommended Reading
To slow down or reverse aging, we must clearly define and understand its mechanisms, neither of which is simple. Scientists can use various epigenetic clocks to assess people’s biological ages, with can differ markedly from their chronological ones. A widely used biomarker for aging measures the levels of methylation in the DNA of tissue or blood since these metrics correlate highly with a person’s chronological age. Other biological clock approaches rely on chromatin remodeling, histone modifications and telomeric shortenings which have been linked to DNA damage [1]. However, the cause-effect relationships between epigenetics and aging are not well understood, especially whether gene expression itself is most crucial or the complex systemic machinery connecting many subsystems, including the immune one. Still, luckily, we know multiple ways to slow down aging, from diet and exercise to reducing stress or mixing old blood with younger blood (known as heterochronic parabiosis). In addition, many life style choices we make, such as smoking, drinking, drugs, social support, or physical risk taking can play important roles. The complexity of slowing aging seem to lie in the many systemic relationship among organs and control systems, making a single bullet solution unlikely unless it concerns a defective organ or a known gene defect that can be corrected.
The question of rejuvenation is even more complex. To use the simple example of how a car ages, many connected subsystems are involved such as driving wearing out the brakes, chassis and tires, engine problems if poorly maintained, metal body rusting, windshields cracking, electrical connections fraying, and of course collisions or trees falling on the car. The underlying causes relate to more abstract physical and chemical phenomena like friction, oxidation, steel fatigue, overheating and climate conditions. Different parts of a car vary in their deterioration rates or replacement options and the same applies by analogy to the human body. Sure, we can fix parts, improve systems, and shore up weak systemic links, but can we really make the whole system younger and eventually as good as new again? Perhaps this works for cars, airplanes or homes, but some researchers believe that human cells are unlikely to fully restored to their original embryonic state. Even stem cells may not be able to completely regain the kind of pluripotent regenerative capacity they had at birth. But these remain important open questions since other researchers do believe in the possibility of reprogramming cells toward infinite life, especially since this already exists today in certain symmetrically dividing unicellular organisms, like primitive jellyfish and sponges.
It seems that multicellular organisms sacrifice continual cell renewal in return for more complex functional capabilities, with humans at the apex of this complexification. This thus raises doubts about isolated reductionistic approaches (like silver bullets) and would favor holistic ones instead, such as reprograming DNA, boosting the immune system, or improving the regenerative potential of the entire system. It appears, however, that blastema-types of regeneration involves complex multistage processes that require much cross talk between cells. Manipulating and controlling the intricate signal pathways involved will require sequential interventions at many points, while understanding the organism as a whole [2]. Should we succeed in that, it may still be unclear whether we are slowing down the aging process or genuinely engaging in making us younger by tapping into the fountain of youth.