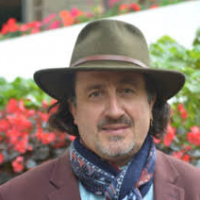 Purpose is a momentous objective. A purpose is not the same as a Mission in terms of strategic planning. Having a purpose goes much further; it is a transcendental vision, it is a dream, it is an essence, an aspiration, a calling. What gives us purpose in our lives is a Higher Purpose; it is working to have a real impact in the world that we live in.

Purpose refers to the difference you're trying to make in the world, mission is the core strategy that must be undertaken to fulfill that purpose, and vision is a vivid, imaginative conception or view of how the world will look once your purpose has been largely realized. (Mackey & Sisodia, 2014, pg. 47)

Businesses with Purpose are those that, through management, go far beyond what is expected to rise up to their momentous vision, which answers to the Why of the existence of the Company. Additionally, Businesses with Purpose exist because they want to generate wealth for society and not merely for the owners of the Company. The wealth generated in these businesses serves, firstly, to strengthen the Business itself and, secondly, to push it toward success in its transcendent vision. It is in this distribution of wealth that Companies with Purpose have a triple impact vision, that is to say, they recognize they must work toward economic, social, and environmental sustainability (Correa 2012).

Businesses with Purpose want to redefine the meaning of economic success and seek to develop a branch of sustainable capitalism. They want to be the best businesses for the world rather than the best businesses in the world; in other words, they seek to be the best company possible for all their stakeholders and, more than anything, for their employees. In terms of managerial style, Purpose-Driven Companies tend to rise above traditional management styles: instead of controlling and mandating they focus on inspiring, as well as redefining control, authenticity, and passion (Hamel & Breen, 2010).

This topic is consistently receiving more attention from different guilds, businessmen, and academia in general. For example, in the July-August 2018 issue of the Harvard Business Review, the cover highlights an article titled “When Work Has Meaning: How to turn PURPOSE into PERFORMANCE”. In the article, Quinn & Thakor (2018) state:

A higher purpose is not about economic exchanges. It reflects something more aspirational. It explains how the people involved with an organization are making a difference, gives them a sense of meaning, and draws their support (p.78).

In the same vein, Hernández (2018) states that “businesses with purpose are more successful” and refers to a certified and very well-known B Company, Patagonia, and its creator. Purpose is the engine that drives workers toward getting out of bed in the morning with enthusiasm, it is the conviction that they are contributing to something larger than their individual job. New generations understand it best, numerous studies show that millennials seek to work in businesses that share their values, companies where they feel like they are working toward some greater good. This all helps employees connect to the company and motivates their performance.

In May 2019 a qualitative investigation conducted in nine businesses with a purpose, seven of them Colombian and two of them Kenian, came to a close. After interviewing the creators of said companies as well as 20 collaborators of one of the companies —”Las Mazamorras de Urabá”—, the research team found an important approach that contributes to this document. The team differentiated between “Businesses with Purpose” and “Businesses with a Higher Purpose”, concluding that those with a higher purpose tend to abide by three necessary pillars to be on the path to higher purposes. Those companies that abide by only one or two of the pillars can be called Businesses with Purpose, but they fall short of being considered Higher (Largacha-Martínez, Montoya, & deArmas, 2019).

Therefore, the higher the Purpose in a company, the larger the opportunities will be for their workers and, in the long term, for their stakeholders. How can you be a Business with a Higher Purpose? Working and interiorizing the three dimensions: social impact & inclusive practices; surpassing traditional management practices; and, having a reflective attitude toward life and companies where dignity and authenticity are the guiding lights.

Even though there is no previous knowledge of the existence of an institution named “Businesses with Purpose”, there are various associations and platforms on a global scale that focus on the elements that have been previously described. Each of these associations and platforms has a different name, clear objectives, and strategies set in place to help transform companies into businesses with purpose every day. As we revise these initiatives, we realize that there are quite a few common patterns worth noting. Said patterns, which will be described further on in this document, are the foundational elements of what a Business with Purpose must have and serve to differentiate those companies that have good ideas, willingness, and even projects, but might not be classified as such (Largacha-Martínez, Montoya, & deArmas, 2019).

However, the strategic move to ensure certain foundational elements would, in general terms, make a company worthy as one who is really trying. A clear example which must be examined further can be found in Social-Corporate Responsibility initiatives (RSE according to the acronym in Spanish), which can —and in fact do— generate multiple social benefits. The United Nations Global Pact (United Nations 2020) as well as the Sustainable Development Goals (United Nations 2019) could be included in a list of these types of initiatives, as could global initiatives toward Happiness, Familiar Sustainability, or Environmental Sustainability. All of these are commendable and can generate big benefits. Nonetheless, as will be established as a line of research from this point onward, what we are working towards is defining whether these companies can be classified as Businesses with Purpose (Largacha-Martínez, Montoya, & deArmas, 2019).

Taking all the above into consideration, it shouldn’t be understood that the initiatives presented below are the only ones in the world that sustain and work for companies to help them reach a Higher Purpose. This, as was expressed before, will be part of ongoing and future investigations. However, given the experiences of many of the researchers in the Areandina School of Business, it can be established with some confidence in high scientific and academic levels, that these initiatives are at the forefront of global movements to generate Businesses with Purpose. Nonetheless, it is impossible to conclude that all the companies within these initiatives are 100% Businesses with Purpose. This, once again, will be an ongoing line of research for future investigations, which will revise why, if companies consider themselves to be Businesses with Purpose, they do not comply with the minimums that investigations or other colleagues have established. In the preliminary list we have included (see annex for a better description and graphic for their logos):

Based on the information above, we have been working into humanizing the use of artificial intelligence into the workplace. You can see a summary of this project, at the Prize by MIT-Solve, TEC and UniAndes, at this link:

Human flourishing is understood here as an intersection of self-actualization, happiness, resilience and optimism (see (Maslow, 1968) (Jung, 1976) (Csikszentmihalyi, 2008). Additionally, humility and human flourishing go hand in hand. In his work on greatness in Leadership, Jim Collins discovered (2005) that in almost 1,500 Fortune500 companies, only 11 had a humble CEO. Within that environment, there should be no surprise that human flourishing is rarely prioritized in the workplace. The result is that 86% of employees in formal workplaces in the Western hemisphere go to work mostly for their paycheck (Gallup, 2013). According to Gallup’s annual surveys (Ibid.), this situation has not improved in the last 5 years, but has actually deteriorated. Why? Because traditional management’s mantra of ´command & control´ continues to be present in roughly 95% of businesses in the world (Collins, 2011). And because of the rejection of deep transformations of old paradigms (Kegan & Lahey, 2009) (Argyris, 2012) (Senge, et al., 1994). This inaction has tremendous social risks related to the competitiveness of companies, but also at the workplace, where burnout, demotivation, family problems, and solitude, among other concerns, are harming societies (see (Argyris, 2012) (Hamel & Breen, 2010) (Ware, 2012)). In contrast, purpose-driven management seeks, through responsible freedom and passion-at-work, to unravel humanistic management practices (Correa, 2012) (Kimakowitz, Pirson, Spitzeck, Dirksmeier, & Amann, 2011).

Our research in the last decade “is focused on developing the soft-skills needed in top management to allow for working environments in which people can flourish. Authenticity is the founding skill for a humanistic manager” (Largacha-Martinez C. , 2019). Mainly, I have used qualitative methodologies, business-case methods, and participatory-action-research approaches to understand how to unravel the soft-skills needed so a humane workplace emerges (Largacha-Martinez, Montoya, & deArmas, 2019) (Largacha-Martínez, Pinzón, & León, 2015) (Largacha-Martinez C. , 2014). This explains why we have been connected to several change agents in the last decade, especially the Humanistic Management Network where we work toward generating a life-conducive economy (von Kimakowitz, 2014). But also, I am a B-Corp ambassador and a B-multiplier of Sistema-B Colombia, where we are working to ‘redefine the meaning of success in the economy’ and support the ‘Best Companies for the World’. Additionally, I am involved with the MIX web2.0 initiative, where we are working to create the ‘moonshots’ for management and to ‘hack’ leadership. As a consultant, volunteer, and researcher, I helped Energéticos- Woodgroup’s CEO, Peter King, in his vision of having a humanistic company in Colombia. He and I participated in the London Business School-Harvard-McKinsey ‘Leadership Challenge’ and were selected as one of the nine winners around the world. In sum, I have been working in the last decade to humanize the workplace and management.

But the key question is: Which road should be taken? For example, between affective computing, computing storytelling, sentiment analysis, game theory, grounded theory, embedding vectors, automated deduction, or latent semantic analysis, among many possible routes to analyze data gathered in the workplaces (Mallah, 2017) (Rosa, et al., 2017)? Or should be an intersection of several AI-theories and methodologies? We don´t know. Yet! I need time to make the most parsimonious decision (see (Wallach & Allen, 2010) (Turkle, 2011) (Turkle, 2016) to create an effective path to humanize the workplace with the help of artificial intelligence—bots, robots, intelligent machines, virtual social agents. This explains the need to research this question, with experts in the most relevant disciplines associated to the main goal of my project, and legitimizes the visit to four research Universities in the United States.

The main objective of this project is: To study the most advanced theories and projects available in human computer interaction and machine ethics to design, develop, and implement a research project that can humanize the use of artificial intelligence within the workplace.

At the core of this project is the creation and design of a process that gathers the deep rooted beliefs—mindsets—of top managers & workers that block businesses to implement humanistic management practices. Workers’ beliefs will be uploaded in a dataset. Data mining will be done next, where patterns will emerge. By using AI to learn from these patterns we will be more efficient to help top managers know straightforward were are the barriers in their businesses. Then, a path to a humane transformation will be more clearly deployed. Hence, the design of the structure and fields of this dataset is vital to the success of this project. Finally, the next challenge is to define which AI to use to analyze the fields, so the end result of this process creates a novel strategy for businesses to improve and humanize the use of AI.

The scope of this project is thus fourfold: