How can we reverse falling labour market participation rates in Europe? 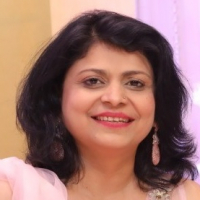 Shashi Mumbai, IndiaPosts: 196 admin
September 2019 edited September 2019 in Work
Future labour market participation rates across all demographic groups are expected to fall for most countries in the period up to 2030. This is mainly the outcome of a workforce that is ageing as the size of the older workers’ group is increasing while that of prime-aged workers decreasing. Over the forecast period, this tendency is not expected to cause a decline in the workforce as population is increasing but it may be a matter of time that Europe’s labour force will start declining.

This brings about a number of interesting questions. For example, are measures, such as the extension of working life, flexible forms of work, and support to female participation, which focus on specific groups of workers, enough to resolve the overall problem?

Moreover, if this is the situation we are faced with, will Europe be able to support high-value-added, knowledge-intensive growth? Will its workforce be adaptable to the changing world of work?
0