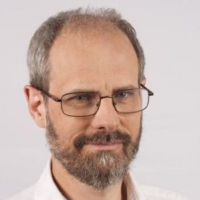 The Future of Longevity Impact Roadmap is the most interesting initiative concerning longevity I noticed since a while. The full rapport of 200 pages is really interesting from moderate ideas to radical concepts. Congratulations!

It seems to me that most people active in the group do not know yet much about the possible ballot/referendum for longevity, the California Healthy Aging Initiative (CHAI). This is sad because many of you are from California, almost all are from the USA and many could certainly help financially and technically. To be honest, I know that some people active for this project do not want to speak about it largely, since they want to "negotiate" with some people to organize this ballot. But by not making the project more public, the result could be that nothing will happen, because there is no mobilization.

Proposals and comments to make things progress are more than welcome. Two quotes about the project of ballot are below. If you want to speak more about this, I'm available by phone, Skype… anytime, except maybe in the middle of the European night:-) (I live in Brussels).

________________________________________
CHAI = California Healthy Aging Initiative
Game-changer on the horizon
https://joshmitteldorf.scienceblog.com/2019/07/15/money-in-aging-research-part-ii/
________________________________________
Activists in California are gathering support for a ballot initiative to provide $12B in state funding for anti-aging research over the next 12 years. CA is one of the states in which the people can create legislation directly with their votes; and in 2004, this process was used to appropriate $4B for stem cell research. Promoters of CHAI are trying to build on this precedent. But they face a dilemma. Gathering signatures and educating the public is an expensive proposition. They will need a broad coalition of research interests in the field to get their measure off the ground. But of course, these organizations will want to write the text in such a way as to direct future funding to themselves. The grass-roots activists who are energizing this initiative believe that adding incrementally to institutions that are already well-funded is less likely to generate disruptive technologies than many small grants to individuals and start-ups with idiosyncratic theories of aging. I like the idea of supporting small people with big ideas, perhaps because I are one. This is a science still in its exploratory phase, where we do not have a definite idea what will work, and there are competing theoretical frameworks to guide us. Once the proof-of-concept is complete, it’s appropriate to pursue the “D” part of “R&D”, and for that, industrial-scale research is the most efficient course.