Thank you for your contributions to the Future of Longevity Impact Roadmap! The discussions in this community have helped XPRIZE understand the challenges that need to be overcome to extend human lifespans and identify potential breakthroughs in longevity.

The Impact Roadmap, which was sponsored by Sergey Young, Founder of the Longevity Vision Fund, is now complete. You can browse the interactive version on the XPRIZE website and download the full report. 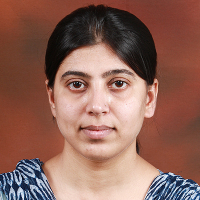 arshimehboob IndiaPosts: 78 ✭✭
July 2019 in Innovations in Life Extension
The association between income and life expectancy is so robust and persistent across countries that it has a name, the Preston Curve, named after the economist who first described it. The strength of the association begs the question: must citizens of poorer countries wait for their economies to grow before they can expect to enjoy the life expectancies of wealthier nations? Or can longevity improve, even in the absence of economic gains? The answer has important implications for human wellbeing around the world.

If medical and public health innovations diffuse to poorer countries, we would expect higher life expectancies at similar levels of economic development. Although Ethiopians or Pakistanis might earn less than Americans did a century ago, they theoretically have access to a far greater array of innovations (many of which were developed for wealthier countries) than Americans did at the same point in their country's economic development.