Another approach to fish farming: seasteading 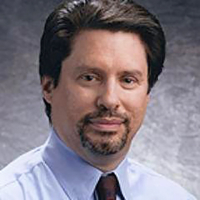 jonathankolber Denver, CO, USAPosts: 22 ✭✭
May 2019 in Innovations
While I do believe that vat-grown meats, including seafood, are the ultimate solution for meat production (at least until nanotech), there is a novel way to leverage seasteading for fish production.

Given that many people will have an "ick" factor with vat-produced fish, they will still want wild or farmed fish. Farmed fish is currently limited to small species such as salmon, shrimp, and bivalves.

The advent of seasteads opens a new horizon: farmed bluefin tuna! The reason is that a seastead can support a massive net, perhaps 1/2 mile or more deep and miles across. Within such a net, bluefin tuna could grow and later be harvested. Smaller species of fish could pass through the netting, to be eaten by the bluefins.

Such nets could be designed to not trap dolphins or have other unwanted ecological effects. In fact, the undersurface of such seasteads could also support rapid-growth GMO corals to begin replenishing the corals suffering from oceanic changes. Those corals would attract many species of oceanic organisms (about 25% of oceanic creatures rely on corals for at least part of their lifecycle, making such preservation critical), and the tuna would likely be the apex predator in such partially closed ecosystems.
1